We would like to welcome you to Van der Valk Hotel Eindhoven, a real family business with a rich history. It is a wonderful place to relax, work and enjoy. We hope that you will soon feel at home with us and we will do our utmost best to exceed your expectations during your stay!

On this page we would like to tell you more about our hotel, our history, our sustainable policy and why it is so much fun to be part of our team!

Family history
Martinus van der Valk, was the descendant of a family of 24 children. When his parents died, he inherited De Gouden Leeuw farm in Voorschoten, with its café and butcher's shop. As a car dealer Martinus was on the road a lot and he noticed that you could never eat as well on the road as you did back home. Hence, the idea arose to create a place where guests could eat as well as they were used to back home. Two of Martinus' sons, Arie and Gerrit, became more and more prominent. Arie was the financial man of the group and Gerrit the entrepreneur and the face to the outside world. Motel Eindhoven, which later became Van der Valk Hotel Eindhoven, was for Gerrit van der Valk immediately a location with perspective. On the A2 motorway, the main road to the south and on the E3 (now the A67) towards Germany, at the exit to the centre of Eindhoven.

Motel Eindhoven was a very important project for the family business. It was the largest company of the Van der Valk group at the time (1974) with ninety rooms and a restaurant. Cees Polman and his wife Wil Polman-Luiten, 3rd generation Van der Valk, ran the motel. It ran like a train from day one, which meant hectic times for Cees Polman and his wife Wil. Less than four years after the opening, the first expansion operation of Motel Eindhoven began: a doubling of the number of rooms to 180. In addition, a sportsclub with an indoor swimming pool was built at the motel.

Valk 2.0
Almost twenty-five years after the start of Motel Eindhoven, Wil Polman-Luiten takes a step back and it is time for the new generation to run the hotel. For forty years, Wil Polman-Luiten has dedicated herself with heart and soul to the concern.

Father and son have made quite a few changes since the arrival of Rick Polman in 1996. In 2004 another round of renovations started which resulted in a radical change in the appearance of the hotel. The hotel was given a complete 12-storey tower which resulted in 275 hotel rooms with more luxurious facilities. In 2011, the hotel underwent another refurbishment, focusing mainly on the business market. After two years, in April 2013, the renovated congress centre 040 Congress & Events was opened.

After the renovation, Hotel Eindhoven became an impressive state of the art hotel. In his vision, Rick Polman has further developed the hotel into what it is today: a beautiful four-star hotel with 263 rooms, three restaurants, a modern conference centre with 26 multifunctional rooms and its own sports centre with heated indoor swimming pool and fitness facilities. An environment where hospitality has always been developed down to the smallest detail: a pleasant place to be; a home for every world traveller; a leading location for the business visitor. The standards of high quality and hospitality have been shaped by many generations of Valken and we are proud of that!

Share your experience online!
No one is more important to us than you as a guest! That is why we would like to see/hear how your stay at Valk Hotel Eindhoven was. 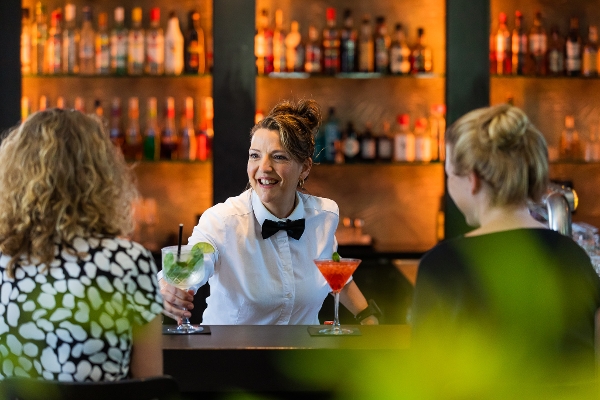 Working at team Toucan
We find it important that not only our guests, but also our employees feel at home with us. Because happy colleagues mean happy guests. With us, you work in an open, spontaneous atmosphere and are given the opportunity to develop yourself. Together we do everything we can to offer our guests the highest possible service. ‘Simply Welcoming'. That is the slogan of Hotel Eindhoven.

Vacancies and applications
Would you like to work for the largest hospitality family in the Netherlands? Take a look at our vacancies and who knows, you might soon be our new colleague! 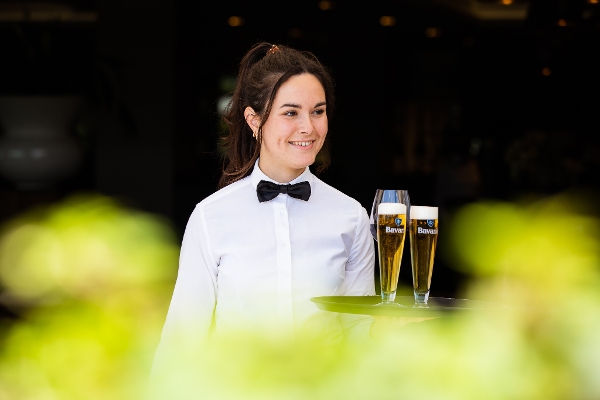 Sustainable policy
A better environment and the highest level of service for our guests, that is what our policy is all about. And not without success, because thanks to our sustainable policy we have received various certificates.